With six weeks to go until the gala, life is speeding up and I will have to discipline myself not to try to get too much done in a day.  That is my excuse for not posting yesterday, though do I need an excuse?   I ran three miles on Sunday along West Queen West, that strip of Queen West from Trinity Bellwoods over to Dufferin.  the highlight of the run was to run for the very first time through the newly built underpass connecting one part of Dufferin Street to another.  Dufferin street just north of Queen, used to do a U-jog east, then south then west but now it goes straight through Queen street down to King and southward.  Exciting times for Parkdale.  In addition, Gladstone avenue is being extended and I think there was talk of building a foot bridge over the GO Train tracks to connect Queen and King street. 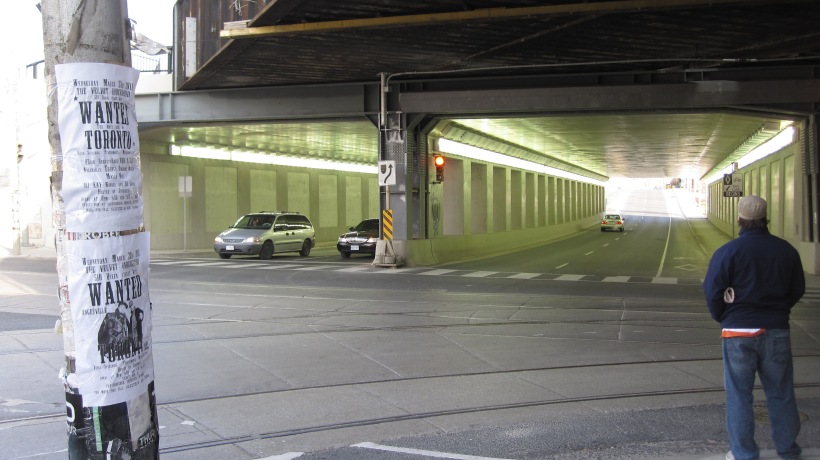 In the spirit of cutting back mileage to rest up for speedwork, I ran three miles again, this morning and it most certainly did feel like the first day of spring.  Yippee!   On the way to work I spotted these beautiful snowdrops which made me wonder whether my single snowdrop from last year survived the winter.  This bunch was quite developed, so maybe my less mature snowdrop is just taking its time.

I took a coffee break at the Tampered Press, yet another espresso bar in the downtown coffee zone.  This place has a view of Trinity Bellwoods park which makes you feel like you are in smalltown Ontario. 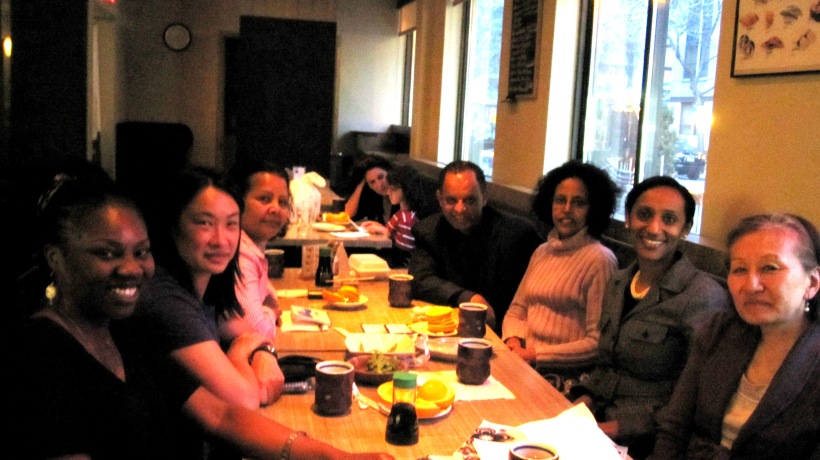 Gala Committee on a Roll

After work, our People4Kids gala committee met at a Kokyo Japanese Restaurant at Alexander and Yonge.  It was our first restaurant meeting and the mood was frisky as all are pleased about ticket sales and the response to our event.  We are feeling confident that we will sell out.   A couple of committee members from Ethiopia recall attending parties at our place and feeling somewhat embarrassed to be part of the very small minority of party attendees who did not run.  They were however encouraging Chung-Yee and me to visit Ethiopia and take part in the Great Ethiopian Run in November, the largest 10K in Africa. We both decided that it is something we will consider, probably not this year but maybe in a year or two.  But, even more compelling, we would be able to visit the little girl whose education we help sponsor. Considering all the dire news these days, most recently from the Ivory Coast, it feels good to be closely connected to this program.