The week of September 20th to October 2nd was an easy week ending with an “R” for racing at the Stratford Festival 10K on Sunday. A couple of years ago we stayed overnight in Stratford to see a production of Julius Caesar. We stayed at a charming B & B called the Judges Quarters. We vowed to return soon. I was looking for a race on Sunday, October 2nd and one of the very few choices on that day offered us the chance to return to Stratford for some racing and that particularly sweet form of relaxation that comes after racing.

After settling into our B & B we got our bearings and discovered the race start to be about 400 meters away, via a footpath.  The morning of the race I was able to jog to pick up my race kit in less than three minutes, return to our quarters to pin on my race bib, warm-up and return again for a final pre-race pit stop a real bonus with the unseasonably chilly temperature of 0C (with windchill). 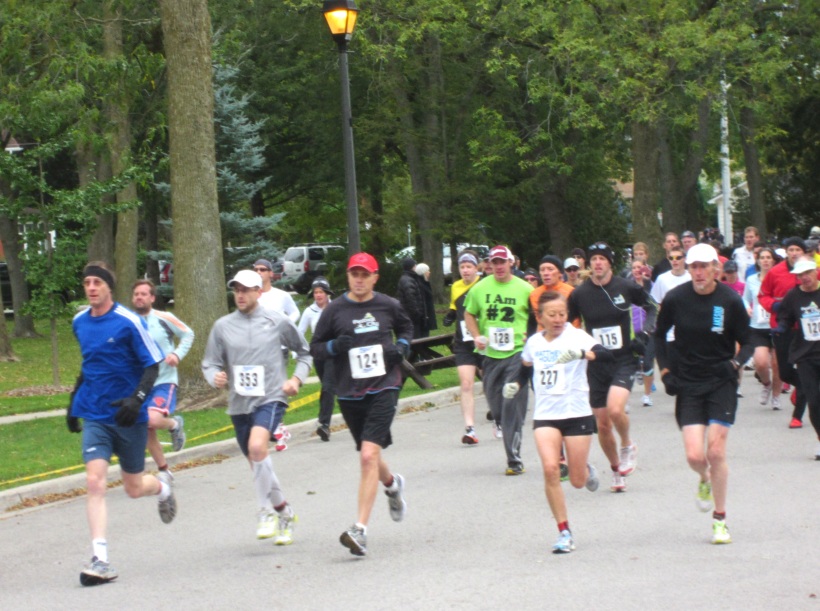 I ran the first half of this rolling 10K at a steady, hard pace determined by my heart rate monitor. Around the halfway point I was passed by a masters female. I wished her luck and decided to stick to my plan of running steady picking up the pace over the last 3-4K. Shortly after I was passed I noticed that my heart rate had dropped a bit so I pushed a bit harder and passed the same woman. The competitive spirit began to set in and I decided to stop watching my heart rate and rather than wait for the drama of a a finishing kick, began a long steady hard drive to the finish over the last 3K.  I was able to pull away from her successfully and finished 20 seconds ahead. This competitor it turns out was a fresh entry into the 50-59 age category. 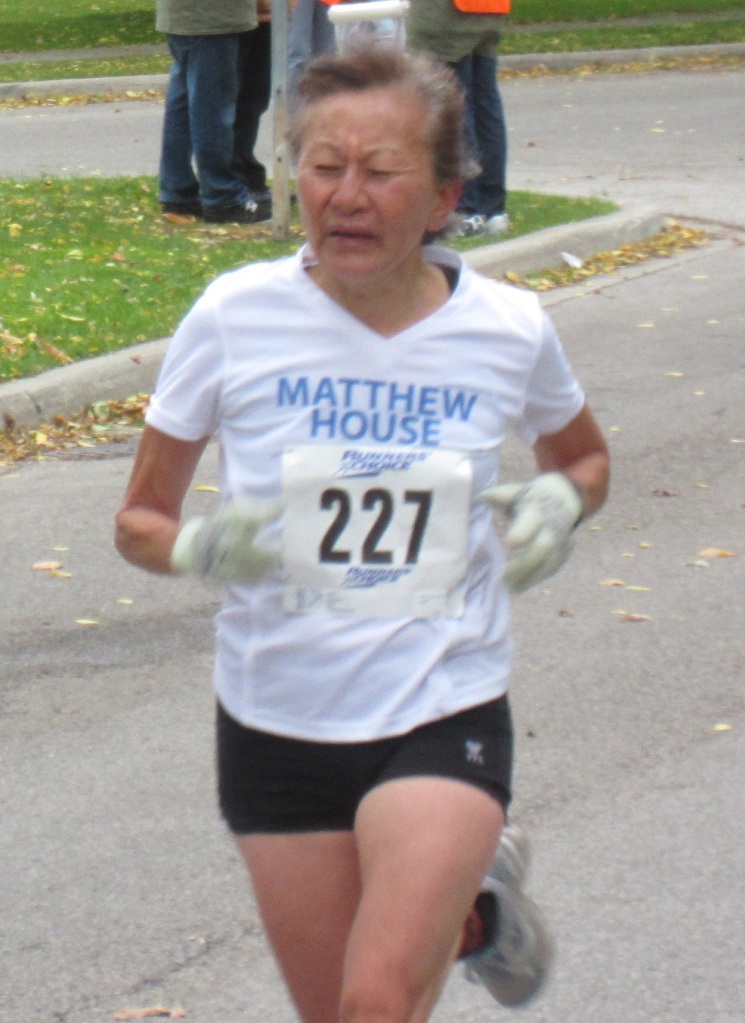 My time of 46:18 on a moderately slow course in the wind was quite an improvement on my 23:08 time on a flat 5K course three weeks ago. According to the age-graded tables for runners my time is equivalent to  just under 38 minutes in the open category. So it looks like 46:18 is the new 37:52. We age-groupers get our kicks from these relative comparisons but as I get older and the gap approaches 10 minutes over 10K, the effects of aging become more glaring.  Moving on however –  it felt great to run strong and steady and see my fitness improve over just three weeks.

Exactly three hours after finishing the race I was sitting in the Stratford Festival Theatre 50 meters from the start of the race to see the Misanthrope by Moliere. Another indicator of passing time was the program mentioned the debut of this adaption took place in 1973 at the Old Vic in London with Diana Rigg as the female lead. My mother and I saw that production of the Misanthrope in 1973 when I was 17 years old – 38 years ago. I highly recommend this production as entirely entertaining and with excellent production values. What a wonderfully enjoyable day.

We’ll be returning in two months, not two years for our next visit as we have booked tickets for Gordon Lightfoot’s farewell tour which ends at the cosy Stratford Festival Theatre.  No racing however as I’ll be enjoying my post-NYC marathon down time. Yikes, New York, New York . . . four weeks to go!